With the continuous development of new media, more and more people begin to try video editing. Which of the popular iMovie vs Final Cut Pro is more suitable for your needs?

To find out the answer to this question, this article will tell you the main differences between iMovie and Final Cut Pro. If you need a video editor MiniTool MovieMaker is a great choice for you.

iMovie is a basic video editor developed by Apple Inc., which runs on the latest versions of Mac OS X and iOS, and is familiar to most Mac and iOS users.

With its friendly user interface, iMovie allows users to create movies from many different sources (for example, digital cameras, encoded files and images).

For the latest version, you can edit and export movies in 4K resolution, and you can also start video editing on your iPhone or iPad and finish it on your Mac later.

What Is Final Cut Pro

It is a more professional video editing tool than iMovie and is typically used by professionals to create movie and TV content.

Final Cut Pro VS Premiere – Which One is Better?

Final Cut Pro and Premiere are professional video editors. Final Cut Pro VS Premiere, which one is better? What’re the differences? This post will answer you.

The Comparison Between iMovie VS Final Cut Pro

iMovie is easy for beginners and you can quickly learn how to edit videos, add themes, effects, and background music. Almost all basic options you need for video editing are included in iMovie. In general, iMovie is user-friendly editing software.

It takes a lot of time for users to understand Final Cut Pro because of its complexity. It mainly provides professional editing options and powerful features for professional and experienced users.

However, if you want to edit a professional video, Final Cut Pro is a great choice. With Final Cut Pro, you can fully customize it to match the tone and mood of your material.

iMovie is free to download and use, while Final Cut Pro costs $299.99.

As we all know, iMovie and Final Cut Pro are only available on Apple devices, so if you’re running Windows, then MiniTool MovieMaker is the best choice.

MiniTool is a free, simple, no bundle and no watermark video editor. MiniTool MovieMaker has powerful and sophisticated features including rotating, trimming, splitting, merging, slow down or speed up videos and flip videos, which can help you edit the ideal video in the shortest possible time.

Anyway, MiniTool MovieMaker is the wisest option for video editing for beginners.

Video Templates – Where to Get and How to Use

All in all, the post introduces respectively what is iMovie and what is Final Cut Pro. Meanwhile, the post also shows the major distinctions between iMovie vs Final Cut Pro from five aspects: ease of use, video editing, text color correction and price.

In addition, the post recommends an alternative to iMovie and Final Cut Pro-MiniTool MovieMaker, a free video clip software for Windows systems. 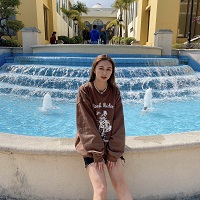